Who are the best Quentin Tarantino characters?

So after being set the hardest Opinion Battle EVER and asked us to choose our favourite Quentin Tarantino character, I thought it might be necessary and fun to do a top 10.

I am watching The Hateful Eight tomorrow which is actually pretty speedy for a tortoise like me but of course I can’t include any of those characters. I am however doing all the scripts.

In no particular order:

Written as an example of lowlife media scum and played so beautifully by Robert Downey Jr (who I think was enjoying his ‘drug-fuelled-fuck-yeah’ days) he’s one of the funniest Tarantino characters ever. 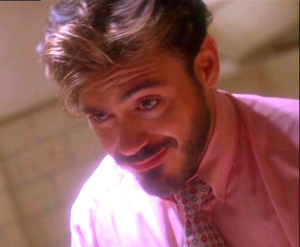 Best bit? When he loses the plot, wraps his tie round his head, tell his girlfriend he’s going to stick a hot pepper up her arse, shoots his mobile phone and joins Mickey and Mallory on a killing spree. Amazing.

You’re so cool. Well Alabama is really cool. And has the best dress sense….like, ever. I’m surprised she never made Opinion Battles actually, I thought everybody loved her?

Seth was my choice for Opinion Battles. From Dusk till Dawn has pretty much been my favourite film since I saw it as a young, impressionable teen and Seth is undoubtedly the best character. Cool, gorgeous and not a rapist – points.

I almost chose Mr White for Opinion Battles and having just checked the poll A SECOND AGO and seen he’s had NINE VOTES and is massively IN THE LEAD against everyone, I kind of wish I had chosen him. He’s a cool bastard but mainly I always loved his kind, fatherly attitude towards Mr Orange. And of course he has the best line in the film, perhaps even of all time?

Archie is the sort of character who literally makes me grin with glee as I watch him. He’s fantastically British and fantastically posh and he carries the stiff upper lip with pride. I also think his conversation with Aldo about ‘fighting in a basement’ is really funny.

“Well if this is it old boy, I hope you don’t mind if I go out speaking the King’s.”

I’m sucker for a nice guy like Max. And similarly to Mr White the main reason I like him is because he’s a decent man who makes my heart melt a little. Of course I love his ‘will they / won’t they’ relationship with Jackie and when he buys that Delfonics record…..I BURST.

Didn’t I blow your mind this time? 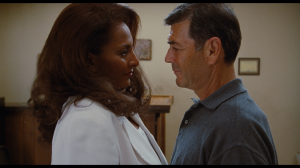 I can’t be entirely sure if it’s Butch or Bruce Willis I’m thinking about here but they pretty much merge into the same person. Honestly each time I go to write something about Butch I just think well he’s hot and reliable and hard and can ride a chopper and looks good with a samurai sword. But that could be Bruce Willis too right? Oh whatever.

Guess what? This is another one I like because he’s a nice guy. Ahhh. Very different to other memorable character Mr Jew Hunter. Dr. Shultz treats Django as his friend, with respect and dignity in a time and place filled with racial discrimination. Ultimately he’s responsible for Django’s future happiness. IF ONLY he could have shaken hands with Leo. I love the integrity of his refusal but still think it’s kinda silly.

The beautiful, brave Shosanna who used cinema to save the world. I love the basterds but Shosanna is so aweomse. She has integrity, is strong and that video she plays at the end gives me goosebumps. Best bit? Obviously the Cat People make-up scene. Obviously.