With Rob and myself doing the October Kingathon what better choice for the subject of this rounds Opinion Battles, we have such a range of genre to pick from even if I can have a good guess what everyone will be picking.

If you want to take part in the next round we will be picking Best Franchise with 4 or more films, email moviereviews101@yahoo.co.uk by 18th October 2015 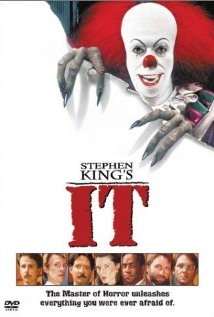 I have chosen this one because I like the idea of a horror film, I know there are others that could easily be picking like The Shinning, Carrie and I didn’t want t go drama however brilliant Shawshank, Stand By Me and The Stand are. I have pick this one because this is the one film that created a character in Pennywise that will forever haunt…