I watched ten films in December. More than usual but time off work equals more time to watch movies. So let’s look at them (and silently curse being back at work – oh wait I do that every Monday morning anyway).

December meaning Christmas I did of course enjoy some festive classics such as: Home Alone (1990), Home Alone 2 (1992) (because one is never enough), Love Actually (2003) and Fred Claus (2007) – definitely not a classic but it was alright and did have a good cast.

Anyway, it’s February so I won’t dwell too much on these (or the C-word in general). I must say though, I only really noticed for the first time just how over-the-top violent Home Alone 2 is. Kerosene and a nail gun?! There is definitely something more sadistic (and ridiculous) about the sequel, though it’s as solid as sequels get and my favourite scene is obviously Tim Curry being told he’s been “smooching with everybody”.

But whilst we’re whispering quietly about the C-word, I did get some cool C-word presents including – Supersonic (2016), the Oasis documentary on DVD (which I reviewed recently here) and David Brent: Life on the Road (also reviewed here).

And another pretty super present I received was an Amazon Fire Stick. Even more excuse to sit in front of the telly doing nothing except eat crisps. Yay! And with a whole heap of great movies at my fingertips, I wasted no time in watching some absolute film CLASSICS, starting with The Green Inferno (2013) and Sinister (2012). Obviously.

Now the latter I found very average, despite having fairly good reviews and finding Ethan Hawke attractive in a ratty, crackhead, strange type of way. But I didn’t like how the movie was half Deranged Serial Killer and half Paranormal Ancient Demon – didn’t really work for me. I’d have preferred it without the supernatural element though I was glad to finally see the infamous ‘lawn mower scene’ which was predictably overrated and over too quickly. I wanted to see some freshly cut blades of flesh goddamit.

honest I know I’ll enjoy watching it again. It was, as I sometimes say “a bit of me”.  The story follows a bunch of students and do-gooders who go into the jungle to protest against stuff and end up imprisoned by a tribe of cannibals. I’m not quite sure why I enjoyed it sooo much but it just felt like a FUN horror movie and I don’t really care if everyone else hated it. Suck on it. So often I put on movies like this and inevitably lose interest or start daydreaming about what I might have for dinner tomorrow (is a plate of Doritos acceptable?), but with The Green Inferno I really wanted to watch it and that’s the simplest praise there is.

So that’s eight done, two to go. The final movies I watched in December were Ted (2012) and Rachel and the Stranger (1948), which I watched with my grandad (well I didn’t think he’d fancy The Green Inferno).

I’m yet to see Ted 2 but I’d watch it based on Ted, which isn’t some amazing film (in the slightest) but is pretty fun mainly due to Peter Griffin being immortalised as a teddy bear. I remember the first time I watched it I sooo expected Ted to have a Brian voice. I was surprised – and delighted – to find him much more like Peter. Definitely the best of Seth MacFarlane’s film offerings but….that’s not saying much.

Rachel and the Stranger was a first time watch – but won’t be the last. It was a nice, comical film, easy watching AND you get to see Robert Mitchum singing – he’s not half bad! The story is about a widower (William Holding) who takes on a ‘wife’ (Loretta Young) to help raise his son and look after the farm they live on. He’s a decent guy and doesn’t want any ‘hanky panky funny old business’ with his new wife, despite her obviously wanting some man love. In the end it takes hunky flirt and friend of the family Robert Mitchum to help his mate see what he’s missing. The best scenes are when are the two men compete against each other for Young’s affections, it’s pretty funny. 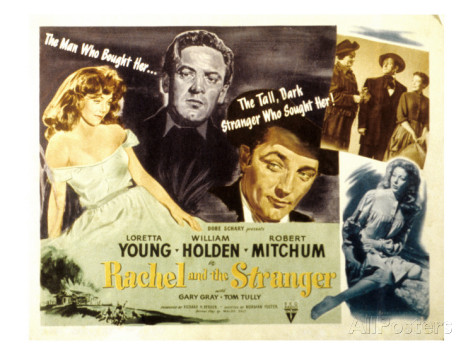 And so that’s it for December so let’s get on to the big stuff. Drum roll please….

I watched eighty-three films over the year and these included:

For a full, definitive list, you can read all my original, monthly posts here.

And let’s see if I can make it to a 100 this year! But to be fair I probably won’t. Got more important things to watch. 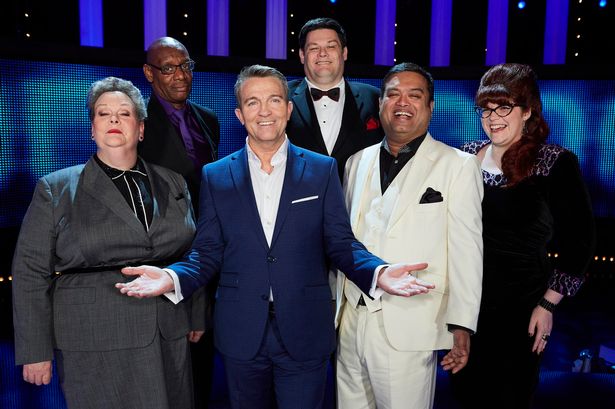