Spoiler-free review of David Brent: Life on the Road 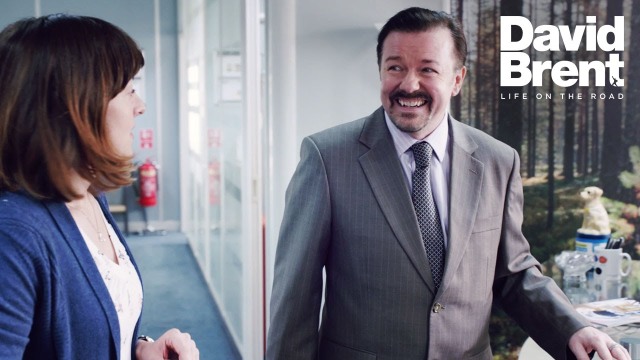 I am a mega fan (annoyingly so) of ‘the original David Brent series’ The Office and after two wonderful series and an amazing Christmas special that wrapped things up just so damn perfectly, I wasn’t sure that a movie starring Brent was necessary or a good idea.

But I saw it last night and couldn’t believe how much I enjoyed it. This is going to be a spoiler-free review but I can tell you that I laughed a lot – and even shed a tear. If you’re a fan of The Office and Brent stop reading and just go watch it. Seriously.

The writing was really good. I had some trepidation where the script was concerned because Gervais old writing partner Stephen Merchant was not involved with the film. But I should have had more faith. Within minutes of the film starting I was laughing – really laughing. Tears coming out of my eyes laughing. And I didn’t spend any time debating if I liked it or not – I was just hooked. It felt, sounded and looked like the same old David (albeit older) right from the beginning.

As well as Gervais pulling off Brent again (“as an actor said to a bishop”) considering that thirteen years have passed since he last played him, the entire cast play

ed their parts excellently. With an outlandish, embarrassing character like David it is fairly important that the other actors and support cast react to him in a way that is both humorous and realistic. Everyone in the film played their part very well, contributing to a familiar fly-on-the-wall-cringe we all felt whilst watching The Office. Quick shout out to the talented Doc Brown who plays David’s downtrodden musical ‘partner’ – and if you’ve not seen it before, watch his Proper Tea rap here (from his real live stand-up comedy, very good).

So the documentary crew picks up with David again, years after The Office, as he goes on tour (well kind of) with a reluctant band and crew, hoping to get Foregone Conclusion signed to a record label. His music and thirst to be a rock star is a big part of the story and during the film’s 96 minute duration there are a lot of songs which some people may find tedious.

For my part I enjoyed them. I found them genuinely catchy and well written and genuinely funny too, though sometimes a bit deafening in the cinema! And there are still scenes in an office environment, a new company where David now works as a sales rep (“who does your tampons?”). Some of the scenes here were so funny I was actually crying.

But there are heartbreaking moments as well, both on and off the road. David’s ludicrous behaviour (which tends to put people off him) felt harder to watch this time around and basically a bit sadder, though the writing is still spot on and I felt this only served to make Life on the Road an even better, more memorable film.

I can’t honestly say how it will hold up in ten years time, when compared to The Office (stop comparing it to The Mother-Fucking Office…) that I have watched a million times this last decade and still makes me laugh out loud. I’ve only seen this film once but one thing I do know is that I really, really enjoyed it and it felt fitting and right. What pleased me most is how much it still felt like David and the writing and script which I found both hilarious and clever. I think my exact words when I walked out the cinema were – “I want to watch it again!”.

A very pleasant surprise, hugely enjoyable film and a must watch for all fans of the Chilled Out Entertainer.