Top 10 Worst Things About having a Cold

Top 10 Worst Things About having a Cold

1. I feel like crap but everyone expects me to get on with normal day-to-day life because it’s ‘only a cold’. No matter that I can’t breathe properly, ache everywhere and keep having a sensual, sexy battle between The Sweats and The Shivers.

2. So I battle my way into work, armed with lemsips and so much tissue I think some is trailing out my shoe, because – after all – it’s ‘only a cold’, only to be given evil looks by my colleagues, who instead of feeling motivated and inspired by my work ethic actually wish I’d stayed at home and start muttering about ‘picking up germs from the idiot who came in ill…’.

3. The way the skin around my nostrils gets dry and flaky from too much blowing. It makes me look like I have white bogeys hanging constantly from my nose. Or just bits of skin – but either way it’s not cool.

4. Smug, healthy people. They just wind me up. All smug and healthy. 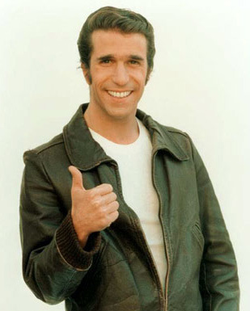 5. The way my ears get so blocked up. It’s the most horrible, disconcerting feeling. Okay perhaps I do make it worse by sticking cotton buds down there, a pencil, some olive oil or my finger – whatever is close to hand basically, but they still won’t fucking pop.

6. The obligatory “I’ve just had a cold” cough that hangs around for the next five weeks.

7. Speaking of which, smoking isn’t enjoyable. I know, I know, I shouldn’t smoke at all. But it’s nice to have one after dinner. Or with a glass of wine (also not advisable when ill).

8. The cost of medicine. I’m not a complete idiot, I know buying supermarket brand stuff is cheaper than ‘posh’ brands that contain literally the exact same ingredients. But a typical shopping basket when I’m ill doesn’t come cheap. Lemsips of course, paracetamol (maybe two packs just in case). Tissues, no scrap that – tissues with aloe vera soothing balm to try and avoid the nose skin. Pure orange juice with bits in (for the vitamin C), comfort food, trashy magazines (medicinal) and cold & flu tablets which are basically the same as paracetamol but also contain caffeine.

9. NOTHING IS ENJOYABLE! That’s actually the thing I hate the most. I love laying around being lazy watching The Chase and I love being in the bath reading a good book –  but when I’m ill neither of these things are enjoyable anymore. Nothing is. So get the violins out.

10. And lastly, the fact that when I blow my nose it sounds like a badly played trumpet and I’m not even kidding. How do people do it quietly? Is it normal for everyone in the vicinity to laugh after you’ve blown your nose?

Films, books, soundtracks, good humour
View all posts by emmakwall →
This entry was posted in Top 10s and tagged top 10. Bookmark the permalink.

84 Responses to Top 10 Worst Things About having a Cold