Given that I just had to look up the title of this film to make sure I’d DEFINITELY got it right has made me think, in hindsight – am I definitely the right person to review it?

Also what’s with choosing a Jeff Goldblum film for the Jeff Goldblum blogathon that shows the least amount of Jeff Goldblum? He’s in it literally about five minutes. Oh sweet irony.

Truth be told, who knows, I don’t know. I’d watched it recently to choosing my film for the blogathon and I quite liked it. I also sulked for ages at the LACK of Jeff Goldblum. So he was memorable in that way. He was certainly peddled in the trailer and I remember saying (not joking at all) “is that honestly it? He’s not going to be in it then?”. 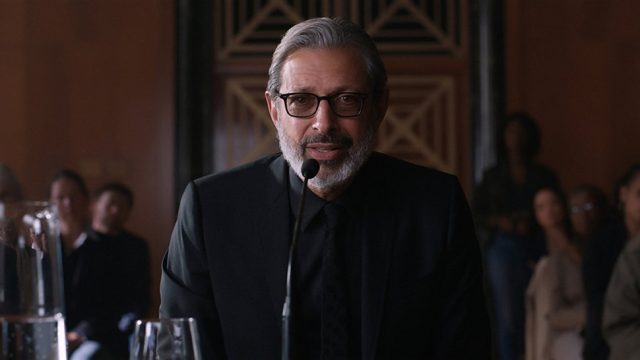 Blink and you’ll miss him. Okay so just call me naive. And uninformed. Though I did just read that he came up with his own dialogue. Interesting no? Well seeing as he only had to come up with a small child’s handful of words, not the biggest task in history.

But anyway. Anyway! I did enjoy Jurassic Park: Fallen Kingdom. What’s not to like? It’s about DINOSAURS. Any film about huge, scaly monsters that may want to kill everyone is pretty good by me.

I don’t think I enjoyed it quite as much as the first one but it was still really fun. The silly, textbook love / hate, ‘hilarious’ relationship between Chris Pratt (and his leather waistcoat) and Bryce Dallas Howard (I remembered her name in the right order) was even more ridiculous and so were the dinosaurs – which have now apparently been created bespoke style inside a lab at the bottom of a mansion (this all means something but I can’t remember what) – creating mental beasts intent on maiming.

Though Chris Pratt’s ‘friend’ Blue has gone in the opposite direction, apparently forgetting in the first movie that THOUGH he trusted Pratt slightly more than the average human, he’d still probably kill him if he was locked in the enclosure for too long. Now the two are almost reminiscent of Riggs and  Murtaugh. But there’s cute video footage to brush over our memories, showing Pratt raising Blue from an egg. Ahh.

But all in all an undeniably fun film which requires no brain power at all. 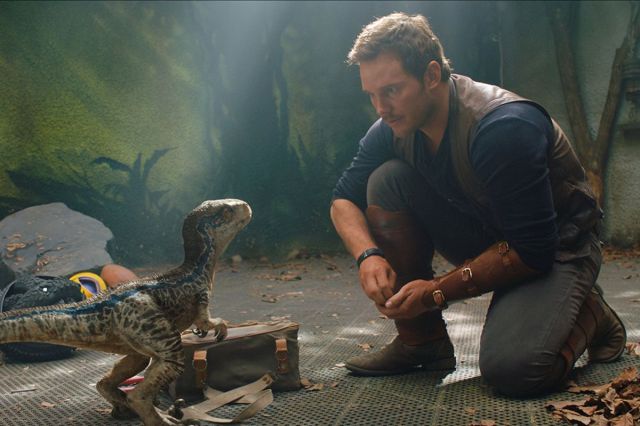 And here’s a gif of Jeff Goldblum looking all sexy in Independence Day because I really did not want to end this post with a photo of Chris Pratt (who is an INSULT to ‘leather in dinosaur movies’ compared to Goldblum).