Asia has given us plenty of brilliant films many have given the Western world some of the most popular films in film history. We have Studio Ghibli which can battle Disney for stunning animated movies, we have also had horror films which have redefined the genre. There is also Bollywood which is easily just as profitable as Hollywood.

If you want to join the next round of Opinion Battles we will be take on Which Film Should Never Have Had a Sequel, to enter email your choice to moviereviews101@yahoo.co.ukby Saturday 27th May 2017. 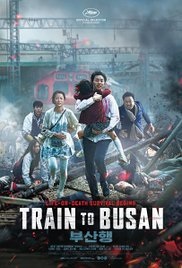 Train to Busan from South Korea is my pick for this because I was simply blown away by the non-stop action horror going on throughout the film. We get a zombie horror that could be put in the same…