Films I Watched In: March

I didn’t think it was necessary to put the year in the title this time. Even I’m remembering on a regular basis it’s now 2017. And isn’t the year going quickly? Anyway, here’s what I watched over March, seven films in total –

The Faculty (1998) (another good one from Robert Rodriguez)

All of the films were re-watches except Room, High Rise and Devil’s Playground. As said I only watched Room because it was on television but I did enjoy it for a probable one-time-only watch. Not really my usual kind of thing but undoubtedly an emotional story and good film.

By coincidence High Rise also premiered on regular TV that same weekend, but I actually watched it on Prime (what an anecdote!). I generally REALLY like Ben Wheatley films and High Rise was no exception, though it was definitely his most ambiguous yet and that’s saying something. I’m aware it was about capitalism (or something) 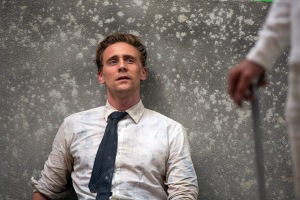 but most of the time I’m quite prepared to admit I didn’t really know what was going on, but that still didn’t detract from a super fun viewing experience. Of course there was a bit too much ‘double meaning’ and it seems impossible that every weird thing in each weird scene could honestly be deciphered to make a really coherent plot, but it was still a very mesmerising film. I can’t say I wasn’t glued to the screen the entire time. Ben Wheatley does seem to have a knack for making films with huge question marks hanging over them. Though you’re not always given the answers, you never feel cheated either.

Now Devil’s Playground only came around because we missed a film at the cinema. Me, my mum and brother were supposed to watch Get Out (still haven’t seen it), but when a cruel twist of fate intervened, we ended up watching the Danny Dyer zombie classic – Devil’s Playground – on Netflix instead. Pretty naff to be honest, with the only notable scenes being Sean Pertwee nicking a speedboat and disappearing down the Thames (hilarious) and this scary dude waking up hungry for brains, which was the only scene of the entire film to have any genuine peril to it. And I feel kind of stupid for even saying that. 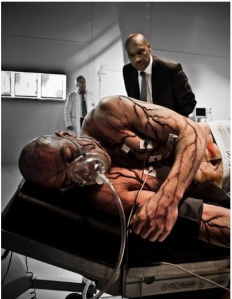 Let’s talk about both “oh I love him” films now – The Woman in Black and RocknRoller. Both British, both with potential and certainly enjoyable enough but both lacking a certain something it must be said. And how many cool people are in RocknRoller? Apart from my Mark Strong crush there’s Tom Wilkinson, Idris Elba, Tom Hardy, Gerard Butler. It should be great. It just gets kind of boring though. The Woman in Black I like a little more but as far as ghost films go, once you’ve seen it a couple of times I doubt it’ll make you jump much. It’s only rated 12 though, still pretty fucking creepy for a 12.  And did you know that all of those hideous toys were actually real, genuine pieces from the late 1800s? Yuck. I definitely preferred having a Gameboy.

Now on to The Faculty and From Dusk till Dawn. And can I just add quickly that because I’ve been inserting pictures as I go, I now have that awful, murderous clown thing looking at me as I’m writing. Horrid. Good thing Family Guy is on TV and I have Peter’s shenanigans for company. So on with the Robert Rodriguez Double Bill.

I like both films for similar reasons really. They’re fun, kinda over the top and their story lines center around alien body snatchers and vampires respectively (subjects I could never tire of). Definitely an original 90s teen horror, I like The Faculty a lot but From Dusk till Dawn is just on a different level. I fucking LOVE it. And I’ve loved it since I was a teenager, one of those favourite films that doesn’t ever budge from the top spot. But with Rodriguez doing one of the things he does best – bad arse action and gore, twinned with Quentin Tarantino on dialogue duty with the screenplay, it’s no wonder this film is as great as it is.

Yes, it probably has the most continuity errors I’ve ever seen in a movie ever (and I’ve watched some shit) but IT DOESN’T MATTER. It’s so much fun. So much glorious fun. It’s also pretty funny. And my god George Clooney was gorgeous. The biggest words of advice and wisdom I can give you today are these – watch From Dusk til Dawn. Watch it soon.

Films, books, soundtracks, good humour
View all posts by emmakwall →
This entry was posted in Films I Watched In and tagged Film Reviews, Films I Watched In, From Dusk till Dawn, horror films, movies. Bookmark the permalink.

49 Responses to Films I Watched In: March