With Divergent: Allegiant hitting the cinemas I think it would be a great choice to look at our favourite Young Adult movies because let’s face it we get as many of these as we do superhero movies. The films are usually designed to be a series from a set of books. So what is the most popular Young Adult film?

If you want to take part in Opinion Battles we will be looking at Worst Remake, the closing date for choices will be Sunday 3rd April 2016 you can send you choice to moviereviews101@yahoo.co.uk 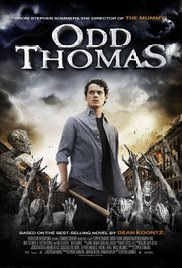 Odd Thomas is from a series of books by Dean Koontz which follows Odd Thomas as he tries to help the recently deceased pass over, he also has to deal with the demons of the afterlife. Odd works with his girlfriend…