Top 10 in Honour of Scotland

Tomorrow is Thursday 18th September 2014 – a big day for the UK. The referendum vote to decide whether Scotland will leave our little island and become independent. So today I’m doing a personal top 10 – in honour of Scotland.

nnah – one of my favourite Scottish actors who not only is talented but also comes across extremely likable. My favourite role is one of his most recent – D.I Jack Cloth in hilarious spoof detective series A Touch of Cloth.

2. Trainspotting soundtrack – great book, memorable film. But I’m giving credit today to the soundtrack, which is pretty amazing, featuring songs from Blondie, Iggy Pop and Lou Reed. In 2007 Vanity Fair ranked it the 7th best soundtrack of all time.

3. Simple Minds – I’m a huge fan of 80s electro pop (and what of it?) and Simple Minds were one of the best and from Glasgow. Have a recap of their classic Don’t You Forget About Me, impossible not to sing along to.

4. Highlander – this really is a personal one of mine. When I was a teenager I got into a heat

ed debate with my dad, on the phone, about the merits of Highlander. He got so annoyed that I didn’t like it as much as him he hung the phone up on me.

5. Braveheart – this historically inaccurate film starring an anti-semitic Australian was an obvious choice for me!

6. Kelly Macdonald – because she’s a brilliant actress and her American accent in No Country for Old Men was incredible. Plus she’s lovely.

(2015) – in 2015 Michael Fassbender will hit our cinema screens in the newest adaptation of Macbeth. I just know he is going to be amazing in the eponymous, title role and I’m very excited to see it. And it’s another character Fassy can say he’s shared with McKellen!

8. Sir Arthur Conan Doyle – Mr Doyle was famous for his belief in the supernatural, despite being a physicist and writing Sherlock Holmes’ character as a sturdy non-believer of anything strange. Conan Doyle himself was one of the first people to state the Cottingley Fairies were real. He also had a great full name – Arthur Ignatius Conan Doyle. Say it out loud. Now how many actors who work in theatre would like that for a name?

9. The Wicker Man – one of my favourite ever horror movies. Edward Woodward stars as the well meaning police officer who gets well and truly fucked over by the residents of Summerisle, led by a crazy haired Christopher Lee, who apparently loved his role so much he wavered his fee for starring in the film. Britt Eckland also starred, she’s rather pretty isn’t she – 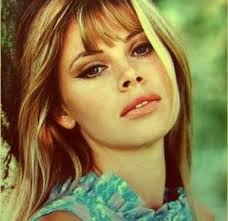 Here she is doing her casual naked dancing …

And casually laying on a sofa…

10. David Tennant – THE BEST DOCTOR WHO EVER!

46 Responses to Top 10 in Honour of Scotland