IT’S FRIDAY!!! Best day of the week. And whatever your plans for the evening (usually mine involve alcohol and an 80s playlist) the forthcoming weekend is definitely the perfect time to watch a movie or five.

My go-to genre has always been horror. Whether I’m in the mood for genuine chills, gross gore or just a few laughs there’s always something to enjoy. Happily, the nice people at Flixboss have come up with their favourite 10 horrors currently on Netflix, which means we can do less trawling and thus fit in more watching. Hurrah!

Take it away guys..

The horror genre is home for some of the most idiosyncratic and bold features
around. However, it is also generally a hit-or-miss section for most of the streaming
services, given the sheer amount of inexpensive horror films produced every year.
With Netflix housing hundreds of horror films in their streaming vault, it may be a bit
difficult to guide your way through such a vast spooky space just to find the best
content, so Flixboss made it ridiculously easy with their search engine (available in
a UK version here) – just select the horror genre and sort it by the IMDb rating for
best results. 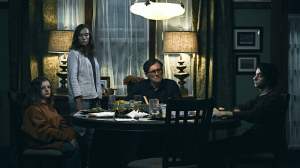 At this point, Ari Aster’s haunting debut feature that kick-started a cinematic trend and
spawned countless nightmares needs practically no introduction. The biggest indie
horror hit of 2018, this blood-curdling hellscape of a film is a story about familial
demons, grief, and collective trauma that slowly eats you from the inside. What Aster
crafted here is nothing short of extraordinary, utilizing Toni Collette’s award-worthy
performance and Pawel Pogorzelski’s uniquely sleek cinematography to create the
sense of unspeakable dread. It’s a disquieting, horrific fever dream you’ll wish you
could wake up from. 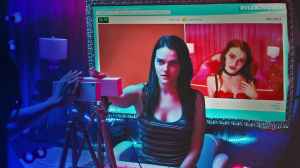 The Netflix acquisition of distribution rights to the Blumhouse-produced Cam was
one of the biggest horror surprises of 2018, sending rounds across genre festival
circuits. A semi-autobiographical film based on the writer Isa Mazzei’s experiences
as a webcam model, Cam follows Alice, a cam girl obsessed with her ranking on an
adult website who one day discovers that her online identity has been stolen by a
person who looks exactly like her. A film that plays on the fears and anxieties
induced by social media, Cam is an incredibly effective techno horror feature with a
remarkably potent feminist flair, further bolstered by Madeline Brewer’s singular
central performance.

Francis Ford Coppola’s lavish retelling of the classic Count Dracula story is still a
gothic stunner, almost 30 years later. Eroticism and violence beautifully coexist in
this elegant phantasmagoria, drenching the screen with copious amounts of blood
and passionate lovemaking. While both a visual feast of Victorian-era grandeur and
a striking demonstration of Coppola’s cinematic prowess, Dracula feels like a dreamy
throwback to the time when Universal Monsters dominated the screen with their
ultimately human stories.

Since its release back in 2011, this low-budget festival hit from the Saw creators
James Wan and Leigh Whannell has grown into a highly lucrative horror franchise.
While the sequels do have a fair bit of demonic charm to them, it is the original
Insidious that – for better or worse – predates and practically establishes most of the
modern horror trends. Sure, jump scares are aplenty in this tale of possession, yet
there’s also a palpable feeling of unnerving suspense and plenty of petrifying
imagery to boot. As far as the horror factor is concerned, this one is firmly in the
higher tier – you’ll never listen to Tiny Tim’s Tiptoe Through the Tulips the same way
ever again.

One of the select few horror remakes that actually surpasses the original, Franck
Khalfoun’s rendition of the sleaze-core classic is a strikingly different proposition from
its 80s counterpart: shot from the first-person POV of the scalp-obsessed killer Frank
(unflinchingly brought to screen by Elijah Wood), Maniac puts the viewer in the
supremely uncomfortable position of a naturalistic spectator. As we follow Frank’s
abhorrent crimes across the streets of downtown LA, the story unfolds in such a
manner that feels tailor-made for a first-person POV narrative. Accompanied by a
hypnotic synth score by ROB, Maniac is an extreme but absolutely transfixing affair
that delves deep into the serial killer psyche. 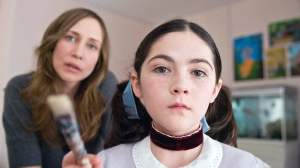 Certainly the most psychologically disturbing film on this list due to a plethora of
taboo elements, Jaume Collet-Serra’s Orphan is a demented concept amplified to
the highest degree. Sporting an Omen-esque premise and a cast of superb
performers (Vera Farmiga, Isabelle Fuhrman and Peter Saarsgaard), this modern
take on a “demonic child” story is much more than meets the eye. Needless to say,
you probably won’t guess where this film is going – and that’s the deranged beauty
of it.

Nobody adapts Stephen King’s novels quite like Mike Flanagan and that is most
apparent in his strongest feature work to date, Gerald’s Game. Based on the 1992
novel of the same name, the film tells the story of Jessie and Gerald, a married
couple who decide to reignite their relationship by going on a vacation at a remote
house. Unexpectedly, Gerald dies of a heart attack and leaves Jessie handcuffed to
a bed, struggling to survive with no help in sight. It is a harrowing if slightly absurd
premise that gets an entirely distinctive treatment from Flanagan, who chooses to
amplify the theme of abuse and manifest human trauma in the form of a hallucinatory
bogeyman. This is a genuinely terrifying feature with an uncomfortably human
subtext.

The biggest surprise of the entire Saw franchise, the sixth installment in the series
takes the largely ignored sociopolitical aspect to the forefront of the narrative. Filmed
in 2009 during the peak of the healthcare crisis in the United States, Saw VI is a
typically gory affair but one that utilizes its violent origins to condemn the health
insurance industry and bring to light the issues of neoliberal late-capitalism, cheekily
filtered through a Jigsaw lens. As per usual, traps are the real spectacle here and the
continuous detective subplot is especially twisted this time around, but there’s also a
real sense of tension and suspense that the franchise hadn’t seen since the original
trilogy.

Babak Anvari’s much lauded feature debut is a striking ghost story set against the
backdrop of war-torn Tehran. The narrative centers around a young mother Shideh
who gets convinced that a missile that hit their building carried a Jinn (a demonic
spirit) inside of it. To protect her daughter at all costs, Shideh has to confront the evil
and look at her own past to accept and let go. What could be a relatively simple
possession story swiftly becomes a radical take on parenthood, mistakes of the past
and the horrors of war-induced trauma. Incredibly atmospheric, the film takes serious
risks over the course of its brisk 84-minute runtime, using slow-burn horror and jump
scares for the sole purpose of unadulterated terror.

The revisionist highlight of the early 2010s, Cabin in the Woods is a stark reminder of
just how self-aware the horror genre could be. A subversive take on genre the film
takes a stab at formulaic horror with an immense amount of winking Cabin in the
Woods paved the way for the intrinsically unconventional horror clichés, creativity
and genuine love for the genre. Similar to what Scream did for the mid 90s,
experiments of the 2010s. Omitting the condescending edge that is often a
characteristic of genre parodies, the film riffs on conventional genre tropes, all the
while being an engaging and inventive horror homage.

23 Responses to 10 Best Horror Films on Netflix UK – from Flixboss!