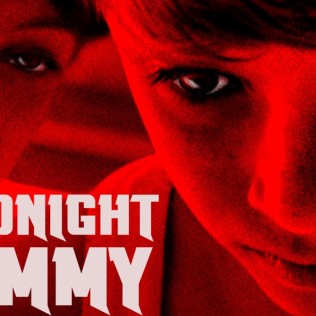 It might be hard to imagine but The Ring (2002) was a really scary film when it first came out fifteen years ago (so long ago I know – I feel old). Well it was hopelessly terrifying to me at least. Before the ‘black hair curse’ thing became popular it really touched a nerve and I found it exceptionally frightening. It’s still a fond memory in my horror film scrapbook (imaginary) and also why I had to go to the cinema and watch the long awaited (kind of) threequel.

Rings, though part of the Ring franchise is also a film for a new generation of movie goers. The story, the videotape and indeed Samara herself (who now resembles a fully grown adult man) have all been updated, though I doubt hardcore fans mind too much. I’m not sure The Ring ever had some huge following anyway, mainly due to being a dirty word in the horror movie world – remake. And though it helps to know the original story, it doesn’t matter if you don’t.

The basic premise is this – Leonard from The Big Bang Theory plays a college professor who probably shags his students. He watches the scary video and then kindly introduces it to the kids he’s responsible for in his classroom of learning – extra curricular credit I’m guessing. Matilda Lutz plays Julia, a nice young girl trying to figure out what it all means before Samara kills her and her boyfriend. 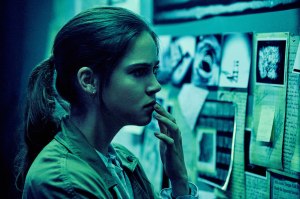 It’s obvious that Rings has intentionally tried to mimic the atmosphere and plot of The Ring (the same score is used also). The detective-style story led by a female character digging for clues felt familiar and though we obviously never reach the dark ambiance constantly felt in The Ring (even during the safe daylight scenes) I do get that they tried (for a comprehensive list of who ‘they’ are, click here). And there wasn’t a lighthouse in this one but there was a guy  in a weird old town who looked a bit like Brian Cox.

All in all Rings was fairly standard and didn’t scare me too much – though it was creepy in places and some scenes were more memorable than others and executed well. Nothing very special but it’s important to be fair and place this film in its context as a never-ever-gonna-be-anything-that-special anyway. And when you think this is a sequel of a sequel of a remake (or something like that) it was enjoyable and still better than some original, blockbuster horror films. The ending – dare I say it – was reasonable and the occasional hokey plot did make sense (enough) on reflection. For fans of The Ring this is definitely a film to watch, but can wait for DVD / Prime / Netflix .

Now, flock to the comments section at once to talk about how much better Ringu is.

I had wanted to watch this Austrian horror since I first heard about it. The premise FUCKING ROCKED. See for yourself – after their mum returns home (their very, very isolated home) from having plastic surgery, two brothers Elias and Lucas begin to suspect that behind the bandages lay an impostor – someone dangerous and scary and not their mother at all. Oh my god yes! Yes, yes, yes. Really up my alley. And even the-usually-uninformed-and-hysterical media dubbed the trailer as the “scariest ever”. Watch it here (it’s pretty scary).

And this is what the mum looks like. Pretty scary.

In the end Goodnight Mommry wasn’t quite what I expected. But that’s not a bad thing. It’s hard to review in a way because initially I felt I didn’t enjoy it as much as I’d anticipated, but on reflection it is quite an impressive film – and perhaps more so than I expected. It’s very well written (in my opinion) and the story is clever, making it an original horror that I won’t forget in a hurry.

Okay so it was less creepy than I thought it was going to be. And for me the pace felt a tad slow at times, mainly in the beginning. But that’s just because I enjoy visual scares (what can I say, I like cheap tactics) and sometimes like a big kid I just want something to happen (and occasionally feel disappointed it if doesn’t). But the tension, atmosphere and slight feeling of dread was prevalent throughout. And it’s certainly a film that keeps you thinking and guessing, whilst glued to the screen wondering what in shitting heck is going to happen next. And each tense or scary scene was so very well done anyway, mixing atmospheric terror with some really screwed up, repugnant stuff.

There isn’t a whole lot of dialogue, which isn’t a slur but did occasionally irritate me (perhaps irrationally, who knows?). And watching it as a subtitled film I suppose it did save on reading. But sometimes I was just like, say something…please. All the crazy stuff going on around them and I felt talking about it all might help a little. Not all these long, pensive, European-film-style silences.

All in all though, a very enjoyable film and nice to watch something different, both in language and feel. I was probably a bit disappointed it wasn’t as scary as I dared hope it might be but the excellent story made up for that anyway – and don’t get me wrong, there are definitely some scary arse scenes to enjoy.