We’ve been pretty lucky this year with our (usually amazingly shit) weather. An actual proper summer that lasted for more than a week and a very mild Autumn. Sadly this madness all stopped a few weeks ago and it began to feel a lot colder. I’ve had to de-ice my car before work and can no longer get around with wearing just a cardigan on my lunch break. Now I’m bundled up in a woolen coat with numb fingers. But though dark and freezing times inevitably lay ahead, winter isn’t all bad. Here’s a list of some of my favourite things about the season:

Such an important one. Whilst laying on the sofa last Saturday night, under a blanket and watching my third quiz show of the evening I actually took a moment to think how happy and content I was. I love sitting around at home wearing comfy clothes and doing nothing and when it’s cold and dark outside and everyone’s skint in the build-up to Christmas – there’s far more excuse to do it. Which makes me very happy!

This is actually a an in-joke between me and a friend because she said it once and for some reason I found it really funny (we’re not professional comedians). But there’s an important truth there. I love fruit squash and luke warm water is never good. Ice cubes don’t cut it and usually in summer I resort to using bottled water from the fridge. But in winter all that unnecessary expense, labour and stress is taken away, because you get ice cold water …. straight from the tap (my friend said it kind of like that, with a pause in the middle). 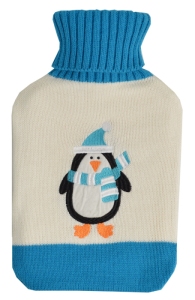 5. Christmas (and time off work)

As anyone who has left school and began full-time employment will tell you, the real meaning of the festive season is Time Off Work. But of course Christmas can still be marginally fun too. I enjoy the build-up more than the day itself (which tends to be a massive anti-climax) and I like the lights, the films, the silly music, tacky decorations and an excuse to drink booze every day (“it’s Christmas!”). And this Christmas I’m off work for ten days. TEN DAYS. TEN FUCKING DAYS!!! That’s ten days in a row. Ten days. Happy Christmas to me. But how I’ll feel in January is another matter.

My birthday is in December which is fairly inconvenient and ironically, also officially ‘the shortest day of the year’. But the show must go on and it’s still exciting (and mildly annoying for everyone else) when the time rolls round.

One for the kids really, but I can still remember how much I wished, prayed and hoped for a snow day in the winter time, so we wouldn’t have to go to school and I could sit around eating cereal and watching cartoons all day instead. A snow day is the best feeling in the world (when you’re thirteen and school might get cancelled).

The main reason I put soup on the list is because tragically I really enjoy making it, but it only feels right to eat (or drink) when it’s chilly. I could literally hear my street cred plummet then. I enjoy making lots of different types but my favourite (and dare I say, signature) has to be leek and potato.

I love a bath in the same way as I love hot water bottles. It must be the lazy, cat-like creature inside of me but I never feel quite as content as I do when I warm and rested (and well fed). Though I shower for convenience, nothing can beat lying in a hot bath just chilling the fuck out and I’ve always said I could never live somewhere that didn’t have a bathtub.

I’m not even sure why I’ve put this on the list, given that when you’re not nine years old anymore snow is more just an annoyance that makes it hard to drive, put the rubbish out, get your washing dry and indeed many more, mundane tasks. But without snow, well, lots of good Christmas songs would never have been written – and I’m suppose I’m lucky to have built a snow man and been sledging before. Despite the inconvenience, it’s still exciting to see those first drops come down and there’s something very magical about snow (until it gets trodden into dirty mush on the pavement and becomes a deadly ice rink of course).