I have been a bit quiet on WordPress recently, due to being on holiday in sunny and beautiful Spain.

In honour of my return to WordPress (get the flags out!) and also in honour of Spain itself, I thought a post detailing some of my favourite Spanish movies would be appropriate. Enjoy amigos! I’m so funny aren’t I. 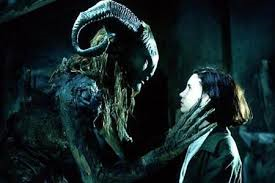 A dark and eerie fairy tale set during the Spanish civil war, this film cleverly mixes a supernatural fairy tale with the real life horror of war and cruelty. Beautiful sets, haunting soundtrack and scary monsters – it’s impossible not to be swept away no matter what style or genre of film you’d usually go for.

Bugger me this film is scary. I went to see it in

the cinema and it was the first scary movie I’d ever seen that made me cry. Seriously – some scenes were so tense and frightening that my eyes welled up in protest.I hadn’t been that frightened of a dead kid since I watched The Changeling (1980). Contains every winning element for a fantastic supernatural fright fest.

This is one of the most fast paced and tense zombie films I’ve ever watched. Genuinely scary this is without doubt one of the finest films of the sub-genre beating many mainstream efforts. The only thing I found a little hard sometimes was reading the subtitles in such a fast paced movie – so have your pause button at the ready. 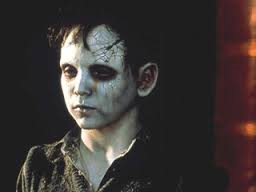 Another Del Toro movie that combines both the supernatural and the horrors of the Spanish civil war. But whereas Pan’s Labyrinth was a fairy tale, this is a ghost story – with the power to make you feel sad too. It is still very creepy (as you can see from the pic), but the focus is not solely on the ghost, but on his story too.

This film is sort of Spanish and English, a thriller reminiscent of Deliverance type movies but – almost bizarrely – starring Gary Oldman and Paddy Considine (two of my favourite actors). Set in the 1970s, the story follows both chaps, as well as their girlfriends, as they try to escape the murderous clutches of some Spanish locals, after mistakenly ‘rescuing’ a child found locked in a shed. This film is less cartoonish than it sounds though and has been likened, with  good reason, to Straw Dogs. But though it is grim in places, it’s a great thriller and only serves to prove how wonderful Gary Oldman is – as he speaks fluent, perfect Spanish in many scenes.

Movies Review in the Hindi Language

a tiny scope of my world