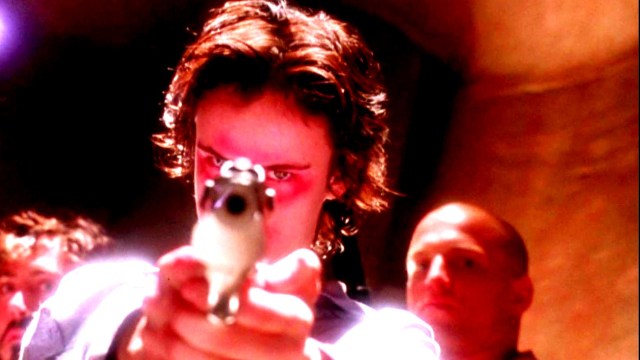 Twenty years ago today, Oliver Stone gave us his version of Quentin Tarantino’s  Natural Born Killers. Now I was only eight years old when this film came out so I didn’t watch it immediately (good parents) but it was a permanent DVD fixture during my teenage years and a big favourite of mine.

I still like the movie but I can see its flaws more as an adult. I think Stone went too far with the cartoonish stuff and perhaps cheapens what could have been a more serious film. But hey, it’s still better than average.

But we do easily forget that Micky and Mallory are in actual fact monsters who kill loads of people. Because of the romance and the old razzle dazzle, we’re pleased to see them walk free. In the original screenplay that Quentin wrote, the film was slightly darker – Mickey and Mallory were arseholes, pure and simple.

Anyway, that’s my only small grumbles with the film, it’s still hugely enjoyable and exciting.

The array of actors and the characters that they play is probably my favourite thing about it. Juliette Lewis, Woody Harrelson, Robert Downey Jr. and Tommy Lee Jones all play their parts so fantastically (especially Downey Jr.!)