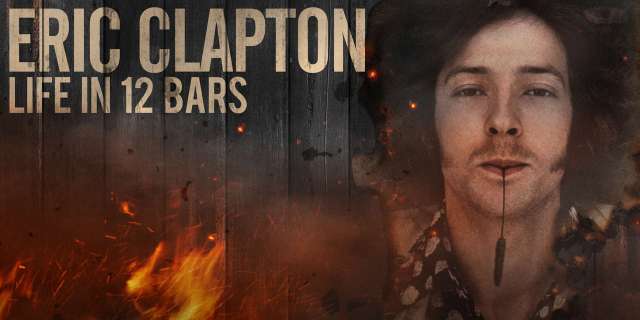 I like to think I can hold my own in a pub music quiz. Generally it’s a subject I pride myself a little on knowing a little about, but I must be honest here and say I knew literally nothing (except the obvious stuff) about Eric Clapton before I watched this with my boyfriend who is really into his music – meaning he’s into HIS MUSIC, not Eric Clapton’s music, though he does like Eric Clapton and phew I’m glad we cleared that one up.

And I enjoyed it fine. I learned a lot and I liked all the old music clips. One negative I would bring up IMMEDIATELY is the duration – because at two hours and fifteen minutes it got pretty boring towards the end. Whilst the film covers almost everything from Eric’s childhood to present day (and I still don’t forgive that duration), much of it concentrates on the earlier and most interesting part of his career, when he was experimenting with different musicians and creating new sounds and cool songs etc.  Happily there is a lot of archive footage, plus interviews with other cool cats who knew him ‘back in the day’ – like BB King who obviously forgave him for that racist rant on stage. Ha……

And the musical footage isn’t limited to Clapton. There’s a lot of good stuff including many, different musicians and watching these clips was probably my biggest highlight of the entire doc – because I sat there enjoying both the music and a quiet fantasy that I was THERE WITH THEM! Not because I ever wanted to be a musician (or even a drug addict, though between the two the most likely) but there’s something very, very cool about the whole thing, the whole music industry – if you can even call it that – back in the 60s. Heart, soul, passion and some awesome music. Not like nowadays with meaningless talent shows and every song on Radio 1 making me want to slit my wrists or just kill everyone else.

Though I found some things in the documentary a little unnecessary. Like the constant fucking droning on about his ‘love’ for Pattie Boyd which surely increased the duration by about three years. As well as being mildly boring, I found it all quite distasteful because she was married to his BEST MATE – George Harrison, yet Eric was constantly trying to get with her every second of every day for what felt like years – in REAL time. 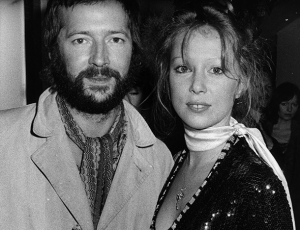 It bugged me how he was being intentionally selfish and sneaky, all whilst disguising his despicable behaviour by going on about how much he loved her and how ‘painful’ it all was. Please! Let’s be honest here, he wanted to shag her. And even if it was true love, man up mate. Even when he DID convince her to marry him (!) he continued his – at this point in life – HIGHLY experienced and well travelled path of alcohol and drug addition – and screwed it all up anyway. Don’t get me wrong, I’m not judging him on the drugs or the booze – christ if I’d been a rock star in the 60s I’m fairly certain I’d be dead now – but at times, Eric just wound me up. As a person. As a man. As a selfish man.

I also – and I’m aware how this might sound  – think we could have been spared some of the stuff about his son dying. Yes it was important to note. Yes it was extremely sad and tragic. AND YES it was absolutely extraordinary that Eric didn’t turn back to drugs during the hardest time of his life – I did genuinely find that amazing, courageous and so strong – but the whole thing with that poor little boy just felt like we, the viewers, were intruding on a very personal moment in someone’s life and it made me feel quite uncomfortable.

Which brings me to the biggest and most obvious ‘theme’ in the documentary – which  really, was linking Eric’s music with Eric-As-a-Person. His passion for playing the guitar and generally his huge love for music was evident from a very young age – and usually acted as some sort of comfort (or catalyst) throughout the highs and lows of his career. Every moment in the documentary and indeed – every moment of his life, can somehow be brought back to his music. But you know what? I liked him most towards the end. After he’d got old. He was happier and calmer. It’s like most of us – we find ourselves more as our lives go on. We feel more comfortable in our skin and (supposedly) get wiser with age. We learn from the shit times. Eric did all that too, but just on a much bigger scale.